Asana in Yoga: a Complete Guide

Asana in Yoga is also known as Yogasana, Yoga Pose, or Yoga Posture.

It is highly unlikely that anyone has not come across the word Asana. Of course, it is one of the most popular Sanskrit words. Moreover, it is also one of the words which have been discussed widely by the online community.

This being said, it is no brainier that there exists a huge online repository of literature for the said word. Now, a question comes. What then is the necessity of a comprehensive guide?

Asana in Hatha Yoga differs from Asana in Raja Yoga. The available sources of yoga texts mostly explain Asana in a Hatha Yogic perspective. So, a complete guide that includes all the perspectives is necessary. In this spirit, this article tries to serve as a comprehensive guide describing the meaning, history, approaches, and benefits.

In Raja Yoga, Asana means just a sitting posture. Of course, a sitting posture meant for meditation. But in Hatha Yoga, it is more than that. It extends to mean other postures that include postures like back bending, forward bending, and inverted postures.

The Sanskrit word Asana means “a seat.” Understandably, the word was initially used to mean a sitting posture only. That was why earlier Raja yoga or Ashtanga Yoga used the term to mean a seat. After the advent of Hatha Yoga, the extensive meaning came in place.

śhuchau deśhe pratiṣhṭhāpya sthiram āsanam ātmanaḥ nātyuchchhritaṁ nāti-nīchaṁ chailājina-kuśhottaramTo practice yoga, one should prepare an Asana (seat) at a clean place by putting Kush grass, a skin of a deer, and a cloth, one over the other. The Asana should not be too high or too low.Bhagavad Gita 6.11

Having seated firmly on it, he should strive for the purification of the mind by meditating with a single-pointed concentration.He should keep the body, neck and head firmly in a straight line by gazing at the tip of the nose without any movement of eyes.Bhagavad Gita 6.12 and 6.13

Here, in these verses, the term Asana refers to a Seat meant for meditation only. A seated posture is also mentioned. It is a general description of the seated posture. We could not find any mention on a specific name of a posture. We can easily deduce that specific postures like Lotus Posture and the like did not exist at the time of Gita.

Though Ashtanga Yoga starts with Yama and Niyama, the real internal journey of yoga begins only with Asana.

Here in Raja Yoga, Asana is a posture that makes one remain for a long period of time. It is psychological rather than physical, in the sense that it should be comfortable and effortless.

During the course of practice, there should not be any body-consciousness. Therefore, the main intention is that the body should not make any calls to the mind during the further stages of yoga.

Raja Yoga is the harmonization of body, Prana, and mind. So, the real practice of Raja Yoga starts with Asana. It is the disciplining of the body to equip itself for further stages of yoga.

Furthermore, one should get rid of the body consciousness, otherwise meditation not possible.

Asana in Yoga Sutra of Patanjali

Patanjali defines Asana in two verses that include three terms.

It means “a posture which is firm and comfortable is known as Asana.” It should be firm and at the same time comfortable. Alternatively, you should not lose comfort for being firm. Or you should not have a shaky posture for maintaining your comfort. Pretty tricky. Isn’t it? But it will come by practice.

Patanjali did not mention a specific posture. Today, we have hundreds of postures: Standing postures, Sitting Postures, and the like. Then, how to select the right posture for this purpose?

What about a lying posture? It is pretty comfortable. Isn’t it? But you are prone to fall asleep. You will not be steady. Having said that, it too is not suitable.

Evidently, Patanjali meant a sitting posture only. Moreover, we should recall that the literal meaning of the word is “a seat.”

We know, Yoga Sutra is one of the oldest yoga text. In those days, the term Asana would have meant “a sitting posture” only. In the absence of other yoga postures at those times, there was no necessity for Patanjali to be more specific.

Here he comes with another criterion: Prayatna Saithilya. It should lessen the effort or relax the tension or pressure. Alternatively, it should be effortless and tension free. As such, the energy flow should not be clogged.

For a roly-poly, the lotus posture would not be a cake-walk. For him getting mastery over the posture will take much effort. So, one should use his common sense to select the right posture which is firm, comfortable, and effortless.

Swami Vivekananda also goes with this view. For him, the posture is perfected by means of withdrawal of effort and meditation or Samadhi on the unlimited.

Here, a genuine question arises. We know, meditation is a stage of Ashtanga yoga yet to come after having mastery over Asana, Pratyahara, and Dharana. Then, how could meditation or Samadhi on the infinite be accomplished at an earlier stage? That too as a means to Asana? A bit contradictory? Let us examine.

Though it seems a bit contradictory, it is not actually. It can be explained. Samadhi or Samapatti is attained not only through Ashtanga Yoga but also through other means. In such cases too, Asana is perfected wherein the limbs of the body do not shift. The perfection of Asana means the absence of motion.

Vachaspati Misra, the Indian Philosopher of 10th Century A.D gives a different view. A posture can be accomplished by certain efforts. The effort should not be treated as the cause of the posture. It is just an accessory and it does not bring about the posture. Hence one should suppress this natural effort of the body as the cause of the posture. It is the slackening of the effort. It is one of the means to attain posture along with the mind transformed into the Ananda Samapatti wherein the great snake Ananda who upholds the sphere of Earth on his thousand hoods and keeps the is steady.

In Hindu Mythology, Ananda is the great snake who upholds the sphere of the earth in his thousand hoods. He exercises Samapatti or contemplative care to keep the earth unmoved on his thousandfold hoods. This is Ananda Samapatti. The exercise of such Samapatti brings in the perfection of posture.

Yoga Darshana is the earliest commentary on Yoga sutra by Maharishi Vyasa. While commenting on sutra 2.46, he gives a list of thirteen yoga postures as an example.

This is of course the earliest mentioning of a list of yoga postures in yoga texts. He also mentions that other similar yoga postures like these thirteen are examples of Asana. It implies the fact that these Asanas existed well before the 2000 years from now.

Yoga YajnaValkya is also an ancient yoga text that belongs to a period before Second Century BCE. It is the second of the earliest yoga texts wherein we could find a list of yoga postures found mentioned.

Besides, the text gives two variations of Svastikasana and Muktasana.

According to Yajnavalkya, by practicing the above yoga postures along with Yama and Niyama, one could destroy all sorts of diseases and toxins.

Most of the yoga postures mentioned above are meditative Asana only. Simhasana, Bhadrasana, and Mayurasana are postures that destroy toxins and diseases.

Sankaracharya of Seventh Century CE wrote a commentary on Yoga Sutra. While commenting on Sutra 2.46, he provides the same examples as given in the commentary by Maharishi Vyasa.

Asana in Thirumandhiram of Thirumoolar

Thirumandhiram Verse 552 lists the eight limbs of yoga. In this verse, Asana is mentioned with the adjective ‘innumerable (ennila athanam).’

Thirumandhiram is a text which is at least 1500 years old. The period was earlier than all Hatha yogic texts. Having said that, there were innumerable Asanas in practice at the time of Thirumoolar.

Verse 558 repeats that there is an umpteen number of Asanas that starts from Padmasana. Eight Asanas are considered important. Verses 558 to 562 briefly describe the steps for doing Svastikasana aka Sukhasana, Padmasana, Bhadrasana, Kukudasana, and Simhasana.

Above all, the point to be noted here is the postures mentioned here are meditative postures only.

In Raja Yoga, the term Asana refers to seated postures only with very few additions; whereas in Hatha the term has a wider meaning to denote a large number of postures including seated postures.

Moreover, the meaning of the term Yoga also has been changed to denote yoga postures. It became more focused on doing rather than being. The two terms Yoga and Asana are now being used interchangeably in spite of the fact that their original meanings are different from one another.

Hatha Yoga poses are the main constituents of modern Yoga.

Among Hatha Yoga texts, Gorakhsa Sataka is the oldest one. Hatha Yoga Pradipika is the most popular one. Hatha Ratnavali, Shiva Samhitha, Gheranda Samhitha are some other important texts.

Let us see how the texts deal with the term Asana individually.

The text says that there are 84,00,000 species in this world. Also, there exists a yoga pose attributed to each one of the species. Hence 84 lakh yoga poses are there.

Only Lord Shiva knows them all. Lord Shiva selected 84 postures as important from the list.

Two of them are more important. They are Adept pose and Lotus Pose.

Hatha Yoga Pradipika is a text of 15th Century CE. It speaks of Asana as a first step of Practice. According to the text, yoga poses give steadiness of body and mind. It gives diseaseless-ness and also the flexibility to limbs. The author states that he describes the list of yoga poses as accepted by Maharishi Vyasa and Yogis Matsyendra.

Only 15 postures are described in this text. However, Verse 33 says that Lord Shiva taught 84 postures out of which four poses are the most important ones. These are Adept Pose, Lotus Pose, Lion Pose, and Bhadrasana.

While describing Adept Pose, the text says that out of 84 poses, this pose should always be practiced as it cleanses all the 72,000 Nadis.

It is a text of 17th Century CE. According to this text, Lord Shiva taught eighty-four hundreds of thousands of Asana. The number of postures is as many as the number of species in the universe. Of them, 84 are the best. Among these eighty-four, 32 poses are found useful to mankind.

It is a text probably of the fourteenth century CE. According to this text, the number of postures is 84. Of these, four postures should always be practiced. They are Siddhasana, Padmasana, Ugrasana, and Swastikasana. The text gives the steps for these postures.

In this text, we could find the full list of eighty-four Asanas. Other Hatha Yoga texts give only the information that the total number of postures as 84. But they did not enumerate a complete list of 84 postures. Of course, the enumeration in this text is the earliest one we could find. This is the classical list of Hatha Yoga Postures.

However, the text doesn’t describe all the 84 postures. It describes only 36 postures. Most of the postures enumerated here are unique ones and we could find them in any other texts.

Jogapradipika is a Hatha Yogic text of 18th Century CE by Jayatrama. This text also enumerates a list of 84 yoga poses. The list differs from the list of Hatha Ratnavali. The standing postures are not considered in this text. 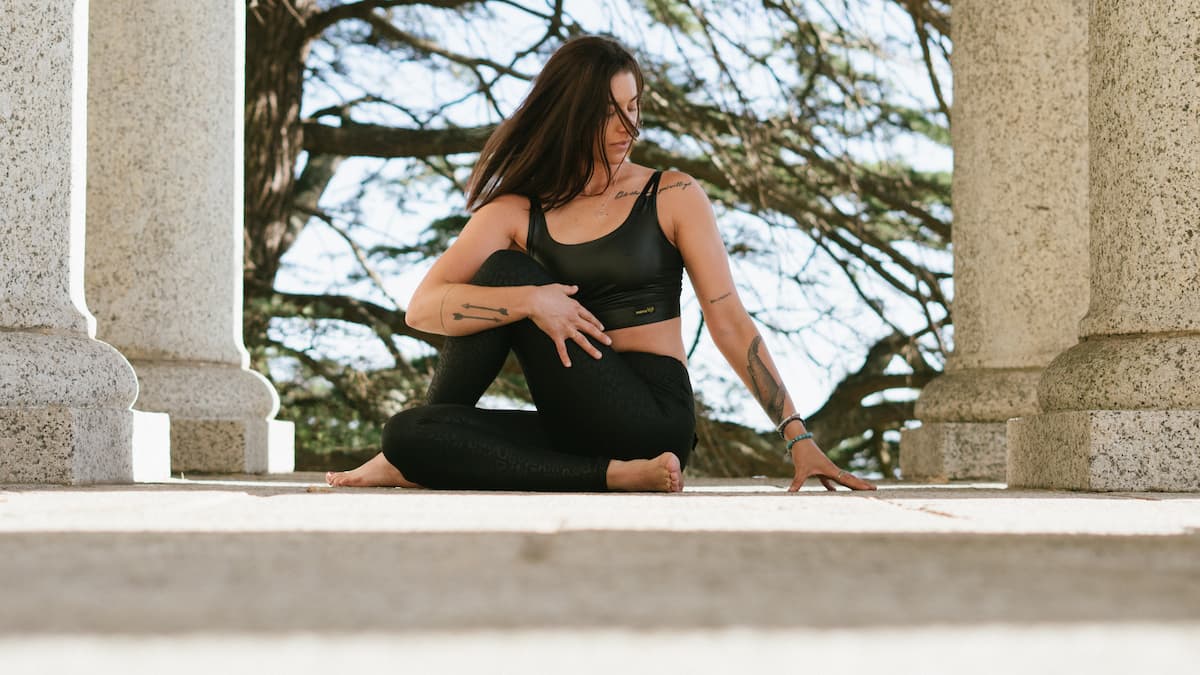