Virasana is a seated yoga posture for meditation. Though we could find references to this posture in earlier yoga texts that belong to 10th Century CE, the modern posture differs from them. In other words, the yoga texts describe this posture with a variation in leg position.

However, let us have, in this article, at the steps as available in the modern as well as in classical versions.

In Sanskrit, Vira means a hero; whereas Asana is a seat. Therefore in English we call it Hero Pose.

How to do Hero Pose?

One should take care of his knees being hurt by the performance of this posture. A normal person should get mastery over the pose very slowly. Stout people and older people may find it hard to bend their knees as required. They should either avoid this posture or perform it under the competent supervision and the advice of a physician.

Persons with a knee injury and those who had surgery on their knees should completely avoid this posture.

Apart from this, those who have health conditions like Osteoporosis should also avoid this posture.

Vajrasana is a very good preparatory pose. By mastering Vajrasana, it will be very easy to get mastery over Hero Pose.

Steps as per Modern Version

Instead of placing the two big toes together as in Thunderbolt posture, place them apart giving room for the buttocks to be seated on the floor. Kneels should be placed together while feet apart.

Place the hands on knees with palms facing up. Close your eyes. Breathe slowly and deeply. Keep the position as long as it is comfortable.

Place one foot on the top of the opposite thigh and another one under the same thigh. This is Hero Pose according to Hatha Yoga Pradipika.

Steps as per Gheranda Samhita

Place one foot on the opposite thigh while placing the other foot backwards. This is Hero Pose.

Note: Modern Hero posture taught under different styles are imaginary one. All Medieval text describes the posture with one foot on the opposite thigh. Only the placing of the other foot is different. Some texts are saying it should be placed under the same thigh and some texts say that it should be placed under the opposite thigh. Hence one should avoid the modern version which is baseless and follow any one of two versions of yoga texts.

One can extend the final position from ten minutes to three hours.

This posture requires no follow up posture. However one may take Shavasana after this.

One may take the practice of Supta Vajrasana after mastering Hero Posture. 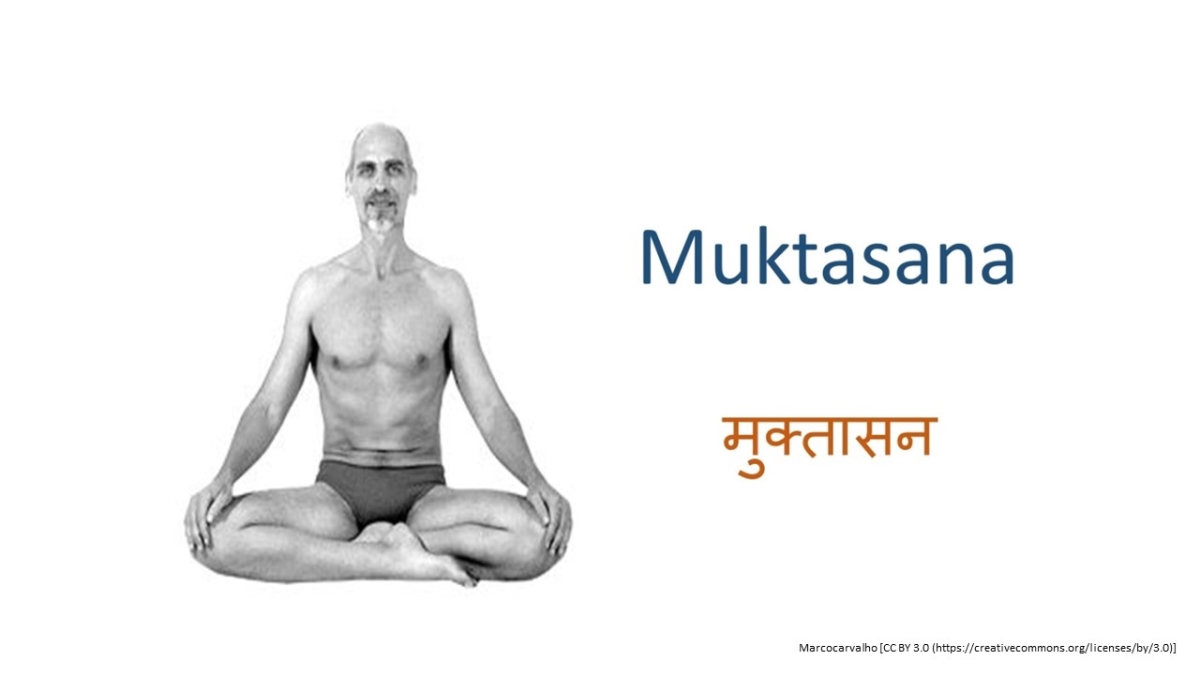