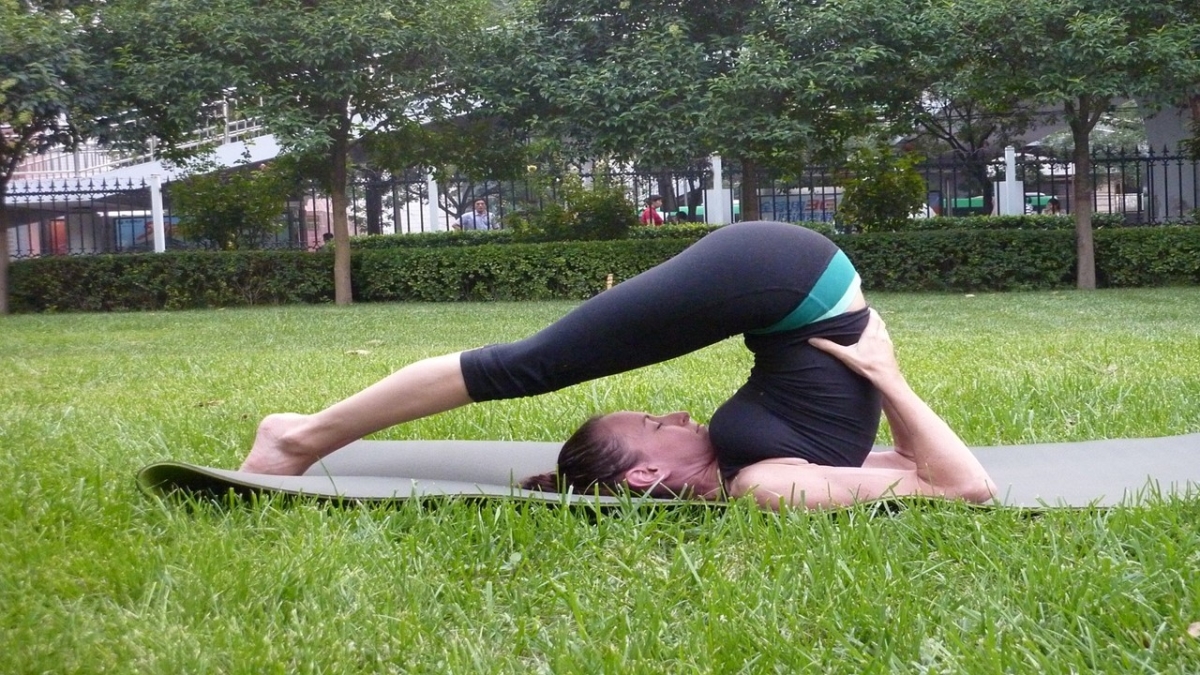 Halasana is a modern yoga position. It is an inverted yoga pose that belongs to the group of Sarvangasana. Besides, it may also be grouped in forward-bending Yogasanas. Hence it is a counterpose for the most of the back bending yoga postures.

The term हलासन (Halasana) is the combination of two Sanskrit words: हला (Hala) and आसन (Asana). Hala means a traditional plow and Asana is a yoga position. This posture in its final position resembles a traditional plow. Hence it gets this name. In English, we may call the Plough Pose.

Performing this posture gives pressure on Cervical Spine which normally does not undergo such pressure. Therefore beginners should take care, otherwise, they may harm their cervical spine.

Likewise, pregnant people should also avoid any forward bending yoga positions like this.

Furthermore, those who are having health conditions like Cervical Spondylitis, hernia, back pain, and other vertebral diseases should also avoid this practice.

Plough Pose is the extension of Sarvangasana. So the mastery of the latter helps the practice of the former. Not only that, one should practice Sarvangasana immediately before Plough Pose.

Moreover, Poorva Halasana or Preliminary Plough Pose is one of the best preparatory poses for Plough Pose.

Lie on the back with legs close together and arms closer to the body. Place the palms on the floor and take a couple of deep breathes.

Raise both the legs up together keeping them straight. Raise the buttock and lower the legs over the head and touch the floor with the toes.

Raise the arms and support the back with the palms. Breathe normally. Keep the position as long as it is comfortable.

In one of the variations of this pose, hands are kept on the floor with palms facing the floor.

In yet another variation, arms goes over the head and catch hold of the toes.

To release the position, bring back the arms to the floor and raise the legs and lowering the back roll over to the initial position.

For beginners, the duration may be for 30 seconds to a minute. Adepts may extend the time to ten minutes or even more. But they should increase the duration gradually over a period.

After performing this pose, one should perform any one of the following poses as a counterpose.