Asteya is a moral virtue in Hinduism and Jainism,  Asteya or non-stealing is the third of the five Yamas of Ashtanga Yoga. It comes next to Ahimsa and Satya. It is highly ridiculous to classify it like ‘on the mat and off the mat’ which is just the insufficient way of understanding by the west, the meaning of the term Yoga as is confined to a mere series of postures done on the mat.

According to SpokenSanskrit.org, the Sanskrit word स्तेय (Steya) means ‘anything stolen or liable to be stolen, theft and robbery.’ आस्तेय (Asteya) is the antonym of Steya. Hence Asteya means ‘the practice of non-stealing.’ It is the abstinence by thought, speech, and deeds from the practice of manipulating or misappropriating things of value that belongs to others. It is non-stealing of things possessed by others for the benefit of one’s own gain. Asteya may be defined as ‘not taking what is given to one.’

Yoga Sutra verse 2.37 defines Asteya as “asteya-pratiṣṭhāyāṁ sarvaratn-opasthānam.”  It means “when non-stealing is established in a yogi, all gems present themselves. He is provided with all wealth.”

The tendency of one’s Mind is not to be content with what already one has. On having got one thing, it craves for another. It is a never-ending phenomenon. This tendency of the mind always makes one wanting, whatever be the wealth he already has. Only the man who is content with what he already has is the wealthiest one because he wants nothing more. In him, there is no question of stealing. He is firmly established in non-stealing. Hence Patanjali says that the yogi in whom non-stealing is established is provided with all the wealth.

Stealing is the result of the craving for the possessions of others. This craving or compulsive obsessiveness to possess things that belong to others makes the mind of the yogi engaged in modifications of thoughts and behaviors that are detrimental to yoga. To keep the mind from taking such modifications, the yogi should cultivate non-stealing. From the yogic point of view, non-stealing stalls the progress of yoga and hence it should be avoided. It is not merely because non-stealing is a moral virtue, but because it helps the progress in yoga.

Stealing makes others deprived of their possessions. It hurts others and is against Ahimsa, the primary yama. Hence non-stealing is as important as Ahimsa and helps the yogi achieve his goals.

Asteya is dharma or moral duty in Hinduism. According to Manusmriti Dharma is five-fold. They are Ahimsa (Non-violence), Satya (Truthfulness), Asteya (non-stealing), Shoucham (Purity), and Indiryanigraha (Control of sense organs).

Non-stealing is utmost important. The desire to earn wealth through illegitimate methods makes one a corrupt, deceitful, scandalous, bootlegger, gray marketer, exploiter, and drives even the men of noble status to exploit the miseries of others to make wealth with utter disregard to professional and moral ethics.

Manusmriti 2.116 prohibits a person from acquiring without permission the Veda from one who recites it which is termed as stealing of Veda.

Manu classifies Chourya-bhava (avoidance of theft) under Sadharanadharma or generic duties applicable to all irrespective of their age, caste or creed. These duties are applicable to a man as a man and not as a member of a particular community or social class or being at a particular stage of life.

Prasastapada (Indian philosopher of 6th Century CE and author of Padārtha-dharma-saṅgraha and Praśastapāda Bhāṣya) includes Asteya in Samanyadharma classification which is equivalent to Sadharandharma of Manu.

According to Prasasapada, Asteya as a duty is not the mere abstinence of appropriation of things of value that belong to others but implies an internal resolve to disapprove and disdain all acts of misappropriation as unrighteous.

Evidently, from the moment of such a resolve a sub-conscious modification of the person who has taken the resolve in the direction of righteousness which goes on accumulating even when there is no conscious endeavor to improve oneself in the intervening time.

Asteya is one of the Pancha Mahavrata (five-fold major vows) to be observed by Jain ascetics.

According to Puruşārthasiddhyupāya of Acharya Amritachandra of tenth century CE, taking anything that has not given to is termed as theft and it causes himsa.

Verse 7.15 of Tattvarthsutra of Acharya Umasvami gives the same definition.

Verse 103 of Puruşārthasiddhyupāya states “all possessions of men are their external vitalities. Anyone who deprives them of their possessions causes destruction of vitalities.”

Verse 104 states “there exists no exclusivity between theft and Ahimsa. Wherever there is theft, there is himsa too. The underlying cause of theft if passion.”

Verse 105 says, “taking anything without passion is not himsa. Hence no himsa involved in taking karmic molecules by passionless ascetics.”

Tattvarthsutra prescribes the observances to strengthen the vow of non-stealing.

The moral virtues of Buddhism are called Silas (Sila is the singular form). The Sanskrit word Sila means discipline or code of behavior. Pancha Sila or five-fold ethical precepts are prescribed for laymen; whereas eight-fold and ten-fold precepts are adopted and followed in a monastery.
The five-fold precepts are
Non-stealing is the second precept of Pancha-Sila of Buddhism. All oriental religions adopt non-stealing as an important ethical precept to be observed. 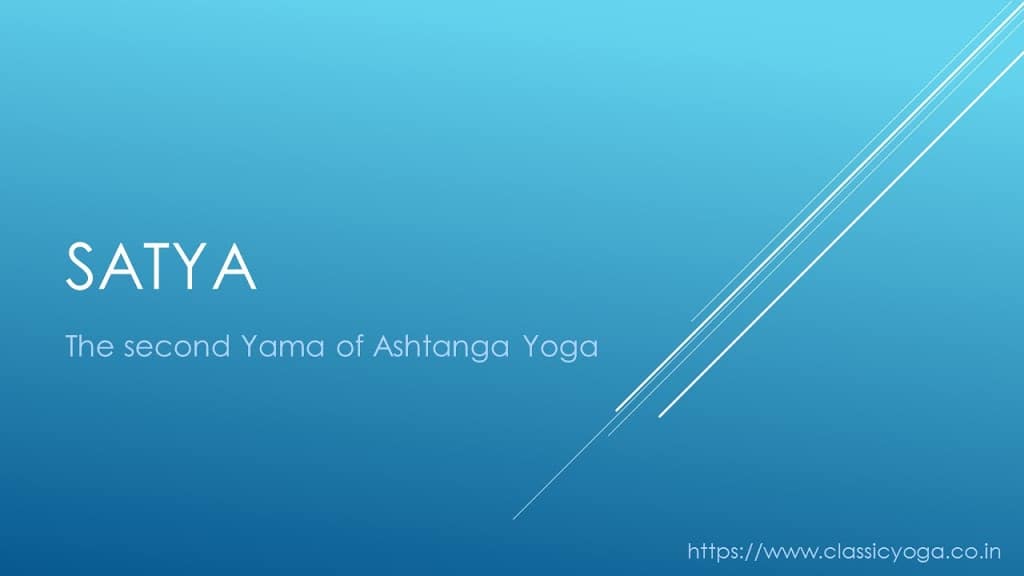